With so many Linux distros, the only way to know which is best for you is to understand what each has to offer. Here is the bluesandbullets editorial guide to Fedora.

Linux runs on everything, from your PC to your car to your smartphone (thanks to Android). It’s versatile for any use.

But there’s not just one flavor of Linux. Linux is the kernel—the core of the operating system. There are hundreds of different Linux-based operating systems built around it.

You may also like the How to link Roku Device? and the best things to look before buying the affiliate marketing course in 2021.

Fedora is one of them and ServerMania offers server solutions for the Fedora system. It’s been around for a while, and it’s got big financial backing, but is it right for you?

This ultimate guide to the Fedora OS should help you decide. Let’s begin!

Contents hide
The Ultimate History of Fedora
Key OS Features to Consider
Fedora on Your PC or Server
How Does Fedora Compare to Other Linux Distributions?
Fedora: Not for Beginners?
Conclusion

The Ultimate History of Fedora

Fedora is one of the most well-known Linux distributions. Let’s talk about the history of this Linux based OS, from its humble beginnings back in the early 2000s.

Fedora launched in 2003 by Red Hat, a U.S. based tech company specializing in open source projects. It was created as the successor OS to the earlier Red Hat Linux, which was founded back in 1994.

Fedora was originally the name of a volunteer-run repository for third-party software for Red Hat Linux. When Red Hat Linux was discontinued, the new project took on its name and its mantra of open source, collective collaboration.

Fedora acts as a development testbed for Red Hat Enterprise Linux, the company’s enterprise distro. It’s open-source, security-focused and widely used. It’s got a reputation for having the most up-to-date changes and bleeding edge software quicker than other distros.

That approach has fans and critics alike, but Fedora’s major releases help find the right balance between innovation and stability.

Fedora was created as a community-focused Linux distribution and it remains so. Red Hat use development on this distro to help improve their closely-related Red Hat Enterprise Linux distro, but it’s a happy medium.

Where RHEL gets updates and improvements, Fedora gets them, and vice versa. The project also makes regular upstream changes to the Linux kernel, so that bug fixes and new features become widely available on other distros.

The server edition of Fedora is stable, with a selection of useful and up-to-date packages for users. Given it’s related to RHEL, it’s no surprise that the stability you’d expect from an enterprise OS can be found in its community cousin.

It also takes it’s Free and Open Source Software (FOSS) commitments seriously. Native repositories don’t have proprietary packages included, which may make it harder to set up on certain hardware.

Fedora has a lightning-quick installation system for new packages in the DNF package manager, which makes installing, uninstalling and cleaning up new software installs a breeze.

Fedora on Your PC or Server

If you’re thinking about installing the Fedora operating system on your server or workstation, have you considered whether it’s suitable for your working environment?

There aren’t too many use-cases for desktop use that can’t be met using Fedora. As we’ve mentioned, it has the right balance between staying fresh with new features and remaining stable for production use.

For enterprise users, that could be critical. You can use Fedora in a workplace environment, but the regular update cycle should be considered before installation, as you may run into difficulties on an update.

Thankfully, you’ll find that the Fedora community spirit makes problem-solving a breeze if you run into issues.

It shares a default desktop environment with Debian and Ubuntu (GNOME) but thanks to quicker updates, Fedora tends to be packaged with a more up-to-date version. This means newer features, bug fixes, and a better experience for users.

It’s also more of a ‘vanilla’ desktop than the ‘flavored’ experience you’d see on Ubuntu, for instance.

As a server distro, however, you may find it better to consider other alternatives like its Red Hat cousin, CentOS. Fedora’s six-monthly release schedule may be too often to consider it for long-term server use.

How Does Fedora Compare to Other Linux Distributions?

The Fedora operating system is well supported and, for the most part, stable. It’s got big-money backing and thanks to it’s GNOME window manager, it’s a familiar interface if you’re used to Ubuntu or Debian.

Does it make our list of the best Linux distro for 2021, however? No—it’s for FOSS purists and advanced users, rather than beginners or general users.

If you’ve got unusual hardware, the lack of proprietary packages (for instance, graphics drivers) makes it a hard-to-use distro for beginners.

It’s not first-choice for gamers and it doesn’t make for the best server OS. Red Hat Enterprise Linux or CentOS would be better Red Hat-based alternatives for servers.

If you need to work with the most up-to-date software, Fedora releases tend to come with ‘bleeding edge’ software releases, so it’s a good option if that’s on your list of priorities.

Fedora exists with security at its core. Security fixes are quickly pushed through, and Red Hat helped to develop a set of Linux security kernel improvements called Security-Enhanced Linux, which comes as standard.

For developers, tinkerers, advanced users, and FOSS fanatics, Fedora makes for a good workstation distribution. For servers, CentOS is a good alternative, whereas Ubuntu or Debian would be better alternatives for beginners.

Fedora: Not for Beginners?

As Linux-based operating systems go, Fedora OS is one of the most well known and among the best supported, thanks to the backing of Red Hat.

Fedora isn’t without its quirks, though. Proprietary drivers aren’t as easily installed, compared to other distros like Ubuntu. It’s also got far fewer packages in its software repositories than Ubuntu, as standard.

If you’re a developer or you’re a sysadmin interested in a barebones stable OS, Fedora is perfect for you. 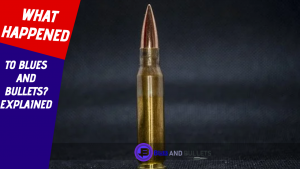 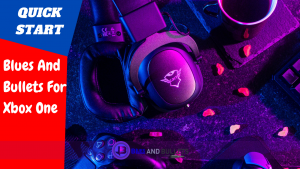